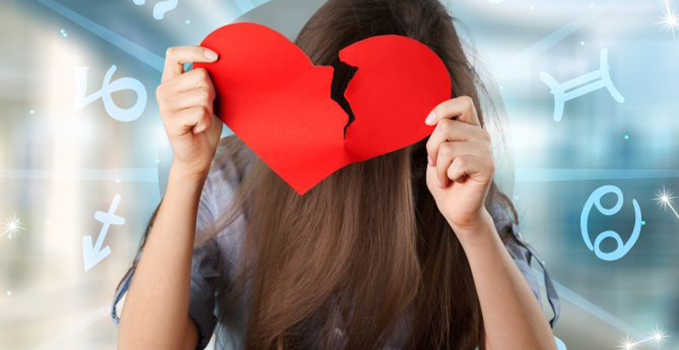 5 signs you should avoid if you don’t want a heartbreak.

New year, new beginning. This is commonly the time for big decisions with a partner or time to make room for someone new in your heart! But, before you make any life-long decision or lose your head over someone, make sure your partner is not among these unfaithful signs!

On the occasion of the new year, Gleeden – the number one portal for extramarital encounters in Europe made by women with over 6 million members of which over 250,000 in the UK – monitored the flow of new registrations to the site from January 1, 2020, and compiled the ranking of the zodiac signs most inclined to start the new year with an escapade.

Here are the signs who have been unfaithful to their partners since the beginning of the year:

5. CANCER (June 21 – July 22)
Cardinal water sign and ruled by the moon. Those born under the sign of cancer are caring and domestically oriented. However, the lunar cycles make them moody and often shaky. Constantly in the need of emotional fulfillment they tend to lose control and look for a lover on the other side of the shore! Since the start of 2020, Gleeden reported 8% of its new members to be cancers who seek discreet emotional satisfaction.

4. LEO (July 23 – August 22)
9% of the subscription on Gleeden since the start of January were Leos! Fire element of the zodiac and ruled by the Sun, they are bold, bright and crowd-pleasing! They love to be at the center of the attention and can be sometimes dramatic if they don’t receive the attention they are looking for! Naturally confident, they tend to be bossy and live the relationship as if it was their kingdom. If your partner is a Leo, you have to stay under the rules, or they will look elsewhere in a heartbeat!

3. GEMINI (May 21 – June 20)
Cardinal air sign, Geminis, need to feel as free as the wind! High reputation for their infinite curiosity, they are constantly down to meet someone new! It is no surprise, in fact, that 9.5% of new members on Gleeden were Geminis! Symbolized by the celestial twins, Geminis are smart, dynamic and clever communicators, which makes them habitual liars and incredibly impossible to resist!

2. TAURUS (April 21 – May 21)
Taurus gained the 2dn position of the ranking with 10% of new subscribers on Gleeden in 2020. Ruled by Venus, the planet of love, beauty, and pleasure, they are attracted like magnets by the material world and anything aesthetics! Excellent lovers, sensual and extremely passionate, they can steal one’s heart in no time! But, be warned that if there is anything, they are bad at, it’s their ability to resist temptation and physical pleasure!

1. CAPRICORN (December 22 – January 19)
Capricorns ranked 1st among the 5 most unfaithful signs, with more than 12% of those who joined Gleeden starting from January 1, 2020. This is surprising, considering their reputation for being loyal and faithful in a relationship. It seems like someone needs to break the habits of being a saint by spicing things up with an extramarital encounter in the new year!

Chinese horoscope: in 2020 Monkey is the most unfaithful sign!

January 25th will be the start of the Chinese New Year. According to the Chinese zodiac, each year is associated with an animal which characteristics reflect the personality traits of the person born on that year. Based on an analysis of its members’ date of birth*, Gleeden has realized a second ranking of the most unfaithful signs for this 2020.

What characterizes this sign is their enviable eloquence. Extremely sociable, they are constantly surrounded by people attracted by their bright and energetic personality. They are born exhibitionists and love to be in the spotlight. This confidence makes them flirty and persuasive at times. They are very active people who are always looking for amusement. In the case of monotony, they will break the glass and immediately look for an escape from routine. For a free spirit like them, Gleeden is the best playground where to nurture their desire for seduction and sexual pleasure.

*Rankings drawn up on the basis of the dates of birth declared by members when registering on the Gleeden.com website from 1 to 15 January 2020.