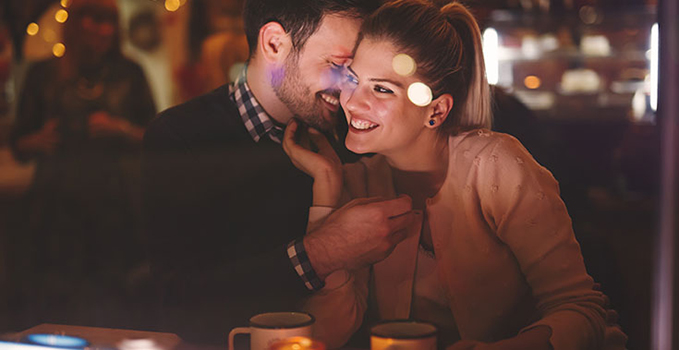 A recent study proves how the partner’s inattentiveness is the cause of infidelity for 8 out of 10 women.

Today it is utterly important that you be extra nice to your wives, fiancées, and girlfriends! Why? Well, first because November 13 is World Kindness Day, the perfect occasion to be nice to people in your life, and second because it has been proven that the lack of compliments is the #1 reason of female infidelity!

According to the latest study conducted by Gleeden – the first portal for extramarital encounters in Europe made by women with over 7 million members of which over 250,000 in the UK – almost 8 unfaithful women out of 10 admitted that the lack of compliments and acts of kindness from their partners spurred them to look elsewhere.

The survey, that has been conducted on a sample of over 11,000 female users*, reported 84% women complaining about their partners not giving them enough compliments and attentions and 61% admitting that leading to discussions and tension within the couple. Lastly, 77% of responders confessed that this behaviour was the very reason who brought them to stray away from their relationships.

Going further, 82% of the responders stated that the lack of compliments and cares from their partners can make a woman feel unappreciated, undervalued, and neglected, enough to make her look elsewhere. For 76%, the lack of compliments impacts on their femininity and undermines their ability to feel seductive, which ends up being tested on somebody else. Lastly, 42% at this point finds hard to feel sexual desire and attraction towards someone who doesn’t seem to reciprocate, hence the need to look elsewhere.

An inattentive partner can have devastating impact on a woman’s sex life, as it is also demonstrated by a research published on the Journal of Sex Marital Therapy: women who regularly receive compliments from their partner about their looks are more sexually fulfilled than others.

Indeed, according to these results, the more a woman feels physically valued and desired by her partner, the higher her level of arousal, lubrication and therefore orgasms!

*Gleeden.com online survey conducted from the 1th to the 8th of November 2020 among 11,133 female subscribers.

Is Covid19 the end of French-kissing? 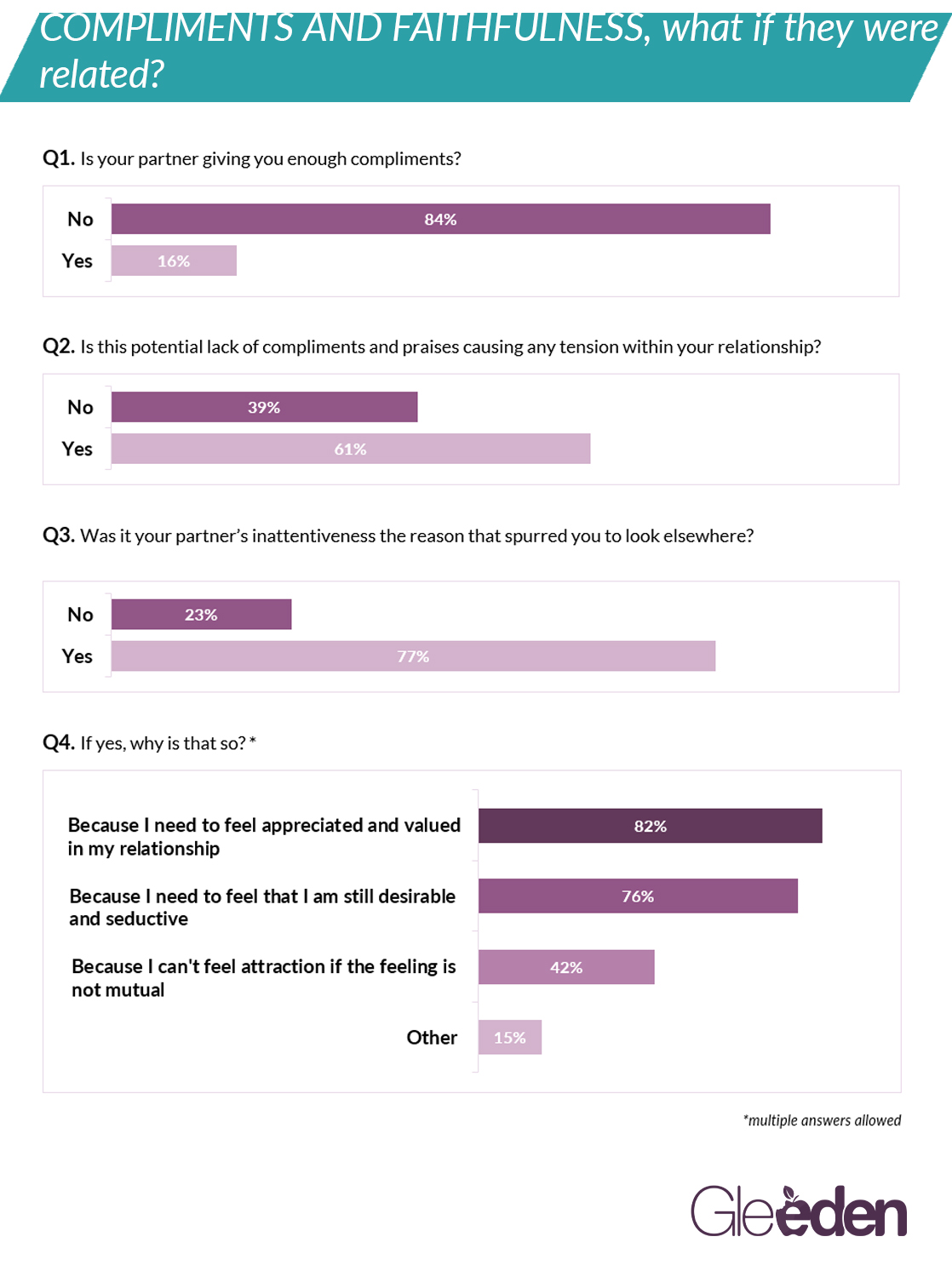