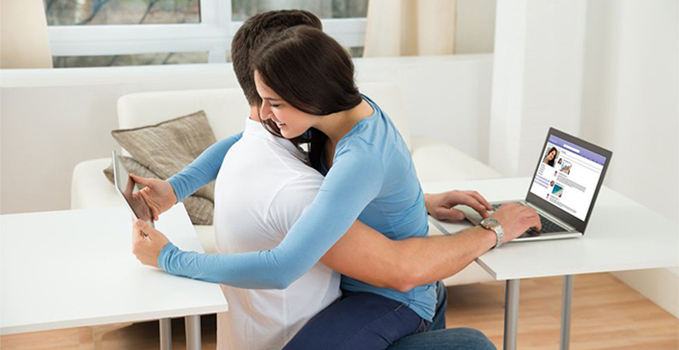 Soar of online dating as couples start to crumble after the lockdown.

Couples who find themselves forced to spend days or weeks cooped up at home, seem to struggle quarantine more than expected. While predictions were made about an increase in the number of births after self-isolation, facts show that couples are more inclined to spend their time online rather than being intimate during the quarantine.

The impact of the pandemic on our daily lives is clearly drastic. As previously happened in other countries, the United Kingdom is beginning to experience the harshest consequences of isolation, especially at home where couples find themselves unprepared to cope with forced confinement. Since Prime Minister Boris Johnson has urged the UK public to avoid all “non-essential” contact with other people on the attempt to slow down the spread of the coronavirus pandemic, couples who are obligated to self-isolate together seem to be less united, while more prone to de-stress on dating websites.

This is according to Gleeden – the first portal for extramarital encounters in Europe made by women with over 6.6 million members of which over 250,000 in the UK – which has seen an increase of +150% on its daily traffic with its membership number increased by +45% in less than one week of self-quarantine . Considering the sense of irritability that staying home can create it is not surprising that couples tend to evade the household and blow off steam on dating websites instead. Since the internet is the new outdoor, online communities have seen a remarkable success globally, while among many, Gleeden has noticed a significant success on its platform.

The coronavirus epidemic clearly has significant consequences on people’s attitudes, in the same way, Gleeden has witnessed a significant change in the behaviour of its members. While the average time of navigation reaches over 2.5 hours per day (compared to 1 hour and a half recorder in the UK prior to the pandemic), conversations result to be twice longer, and members tend to upload their personal photos in private albums more often. In circumstances like this, where privacy and daily habits have become an unattainable luxury, it is inevitable for couples under pressure to cross the line of commitment and distract with new acquaintances online.

“If before you used the dating apps mainly to find the adventure of night, now people turn to these platforms to vent that need for socialization that has disappeared in their everyday life – explains Sybil Shiddell, Country Manager UK at Gleeden, who tries to explain the effects of the phenomenon. – Gleeden offers a level of discretion and privacy that other apps don’t offer. This explains why it is becoming one of the favourite platforms, especially during this period when people are 24/7 in the house with their partner”. /p>

Forced self-isolation is clearly a pressure test for most relationships, causing stress, worry and especially loss of libido. Ever since the lockdown made the household a prison, more and more couples have been trying to find again that sense of freedom and the thrill of a flirt online, where their partner is less likely to find out.

India VS the British Indian Community: Contrasting Attitude Towards Infidelity