On the 6th July, International Kissing Day, Gleeden have revealed that 27% of women in the UK have kissed someone other than their partner. This is below the EU average of 31%, however certain areas in the UK exceed this.

Additionally, only 72% of women think that kissing someone else counts as cheating, one of the lowest scores across Europe.

The largest report since 2014:

For their tenth birthday, Gleeden, the first and largest extramarital dating app, have announced the close of the largest survey on infidelity in five years. The study surveyed 5,000 women across Europe and the UK, asking over 1,000 women in the UK alone.

The full study looks at perceptions around infidelity, the reasons for being unfaithful, and the rise of ‘virtual infidelity’ – sending flirty messages or sexting with someone other than their partner. This particular release focusses on London, however additional figures across the country are listed below.

In London, 34% of women have admitted to kissing someone other than their partner while in their current relationship. The city is above the average 27%, and leads the country, while women in Wales, Scotland, or Northern Ireland are the least likely to have kissed another, with less than a quarter admitting to a kiss on the lips.

Gleeden also looked at perceptions of infidelity across Europe and the UK, finding that, in London, 66% of women felt that kissing someone else counted as cheating. This is lower than the UK average of 72%, and also lower than the EU average of 76%. In fact, were London a country by itself then it would be more liberal than any other EU country.

A professional point of view:

François Kraus, Director of Gender, Sexuality and Sexual Health at IFOP, who conducted the study, explains the motivations behind infidelity:

“Because social stigma around female infidelity is a big issue in the UK, more women find themselves “sexually faithful”. This shows that the UK still has a very traditional view of infidelity. Extramarital affairs are an alternative to monogamy more common for men in the country. Female infidelity in the UK is one of the many symbols of the fight for sexual independence for women, by showing that they, like men, can decide to cheat only to satisfy their desires and fantasies, and because they were attracted to someone else.”

Gleeden is the first website in Europe dedicated exclusively to people who are married or in a relationship and want to indulge in an extramarital affair. 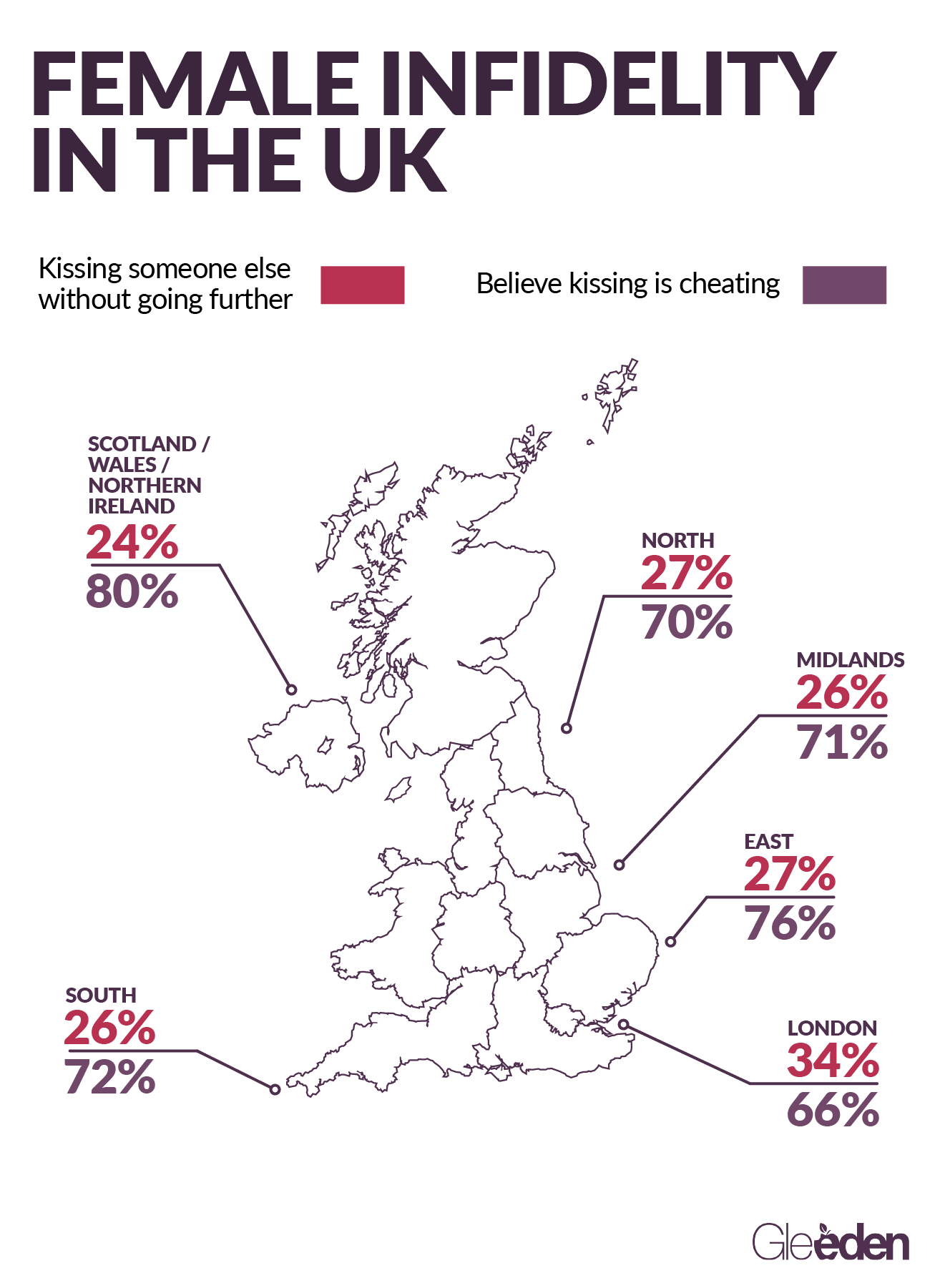