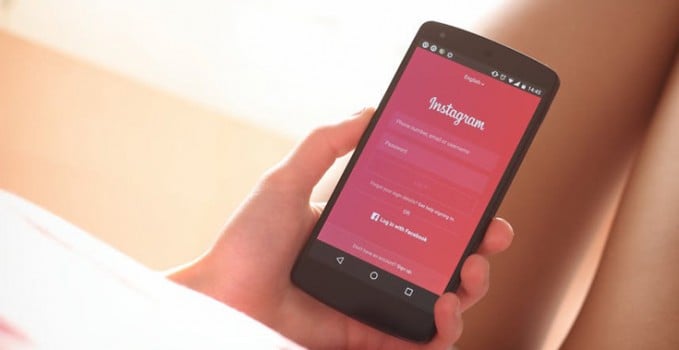 At a time when virtual communication is more widespread than ever, social networks are an integral part of our everyday life, and many people no longer count the hours spent in front of a screen… to the detriment of their partner. Gleeden, the European leader of extra-marital encounters with nearly 3.7 million members, interviewed more than 12,000 of their subscribers* to find out if the time spent by their partners on social networks was linked to their infidelity.

For several years now, judgements are made based on a number of followers, the quality of a selfie, or a number of “likes”. It is the cult of the virtual appearance, the adoration of the photo filter, the pilgrimage of the hashtag.

Infidelity: the rebellion of those foresaken by the social networks?

But while some play the game and work hard to build a beautiful virtual image, there is one thing that suffers: the couple. However, a survey recently published by the magazine “Computers in Human Behavior” shows a 4.32% increase in divorces in regions where Facebook is most used, it seems that some people are frustrated by the time spent by their spouses on social networks to the point of deciding to look elsewhere!

Gleeden, the leading site of extra-marital encounters, interviewed more than 12,000 members on this subject, and the figures are unequivocal: almost three quarters of them (72%) believe that their spouse spends too much time on social networks, and 69% admit that they have already had arguments on this subject. Still, 62% of the unfaithful admit to having crossed the limit to an extra-marital relationship because their partner dedicated too much time to the social networks!

And it seems that self-esteem takes a hit when the partner is stuck to his or her screen. Whilst more than half of the members interviewed by Gleeden (57%) said that they felt neglected by their spouse, 29% of those had turned to infidelity to prove to themselves that it was better than having virtual relationships. 11% are particularly resentful and admit to having maintained an extra-marital relationship simply to take revenge for the lack of attention from their partner!

With this information in hand, some people may finally consider letting go of their smartphone!

* Gleeden online survey, conducted from 11 to 18 September with 12,012 European members of their site. 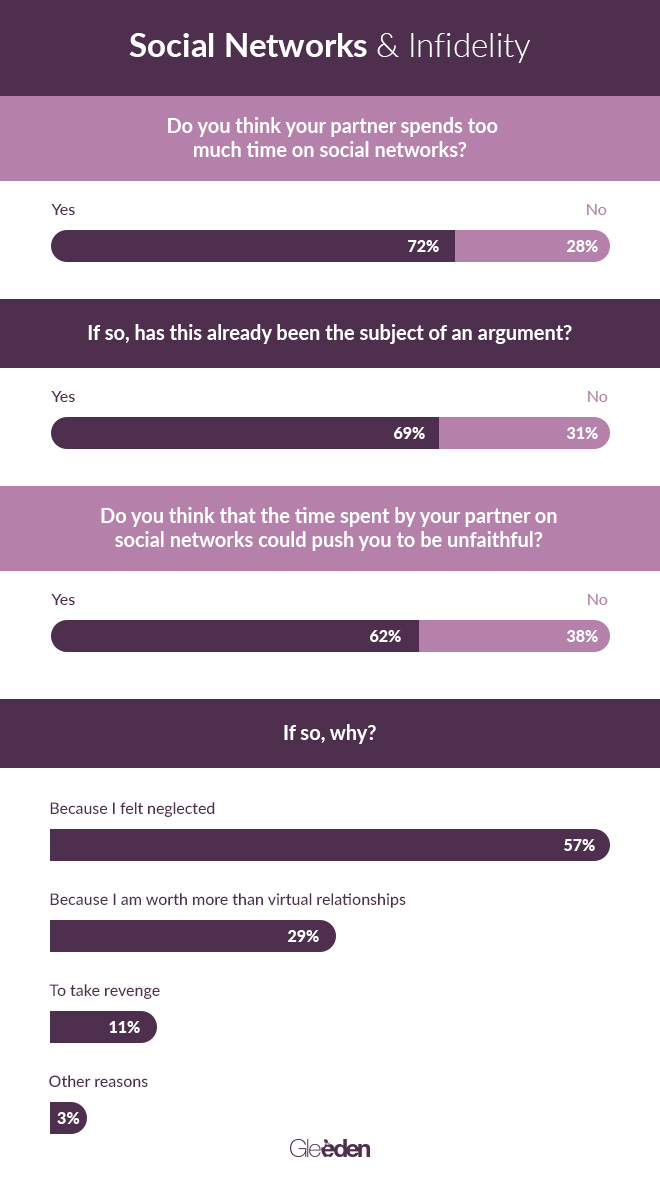