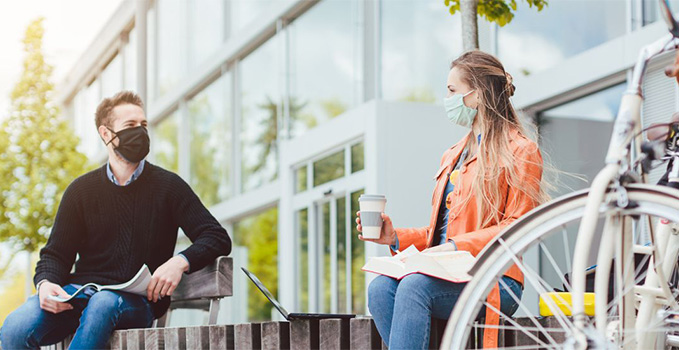 72% of unfaithful Brits admit that compulsory face masks are facilitating their illicit encounters. 18% wish for the situation to continue in 2021 too.

Compulsory face covering has been bothering people all around Britain for months. However, there is a small percentage of individuals who considers it a godsend! We are talking about illicit couples who, according to Gleeden’s latest survey, found in face masks an unexpected ally for their secret encounters.

Besides offering the best protection against the spread of Covid19, face masks have another great perk: they provide the opportunity to walk around in disguise. According to a recent research published on The New York Times, the mask would hinder the ability to recognize faces, making, at times, even impossible to identify.

Even to the most physiognomist of us, this small piece of cloth that hides half of the face is enough to make uncertain and therefore facilitate illicit get-togethers. According to the latest study conducted by Gleeden – the first portal for extramarital encounters in Europe made by women with over 7 million members of which over 250,000 in the UK – 7 out 10 unfaithful Brits are finally able to visit their lover or mistress without dreading being seen and identified by the neighbours.

Having the face covered by the mask helps traveling incognito and 76% of responders admitted that face masks have become a big help indeed when it comes to meeting with their lovers in day light.

According to Gleeden’s study, 58% of responders think that compulsory face masks are facilitating meeting with their lovers in public places. 47% now dare to meet close to the workplace while 13% even close to their habitation. A huge advantage in terms of saving time from traveling, especially considering that quality time is always a scarce good in the economy of illicit couples. That is s also why some of them (18%) are secretly wishing for the situation to continue for as long as possible, even for the whole 2021.

We, however, hope that their wish will not be granted! 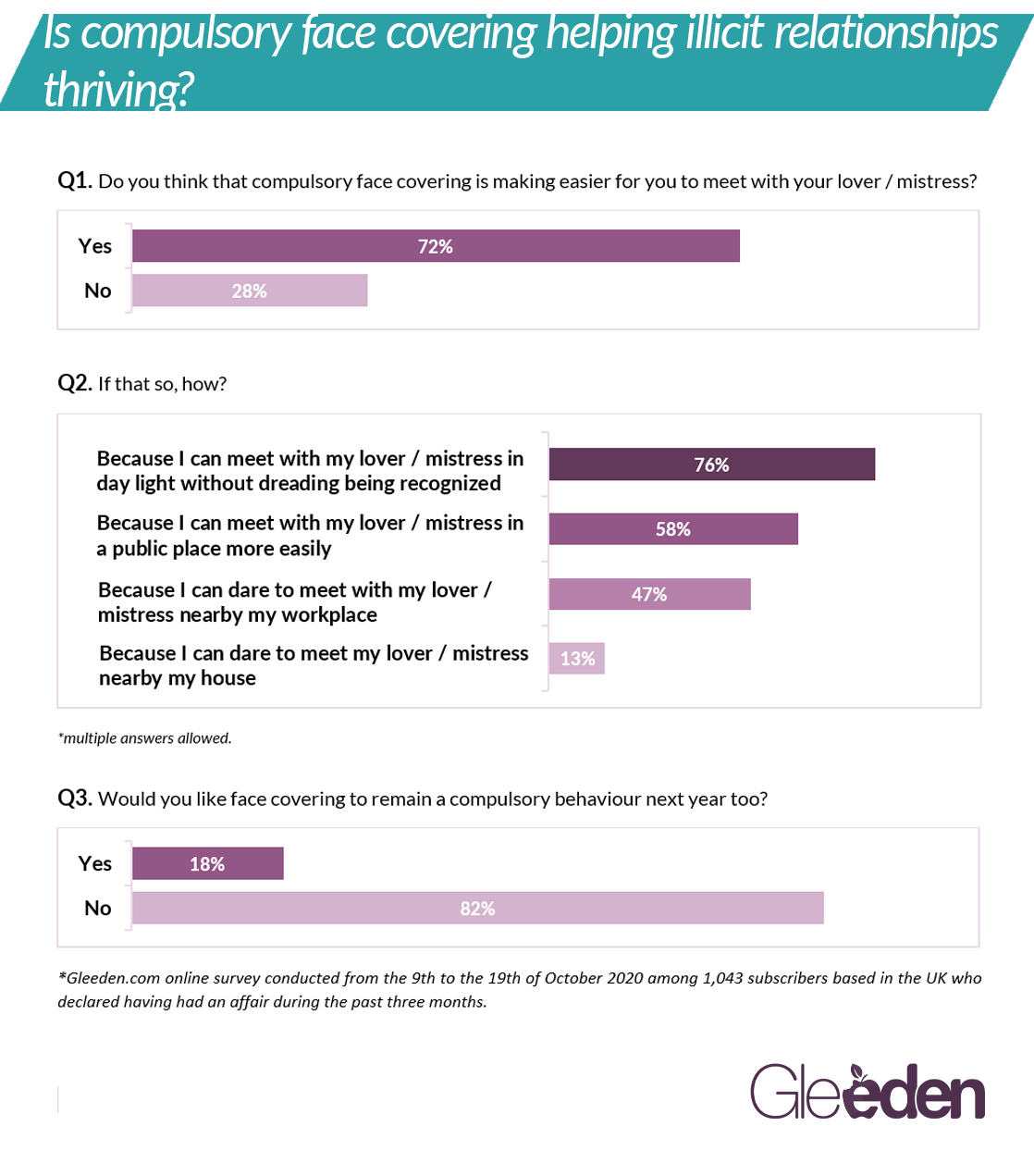 *Gleeden.com online survey conducted from the 9th to the 19th of October 2020 among 1,043 subscribers based in the UK who declared having had an affair during the past three months.