Gleeden publishes statistics revealing the women most likely to have an affair!

Cheating has traditionally been associated with men. However, according to Gleeden’s latest statistics, women can be just as promiscuous with 33% admitting to having an affair. But who are these modern women who go against the grain to cross the line of infidelity?

Gleeden, the leading global dating app for extra-marital dating, have revealed the profile of the average British adulteress. Who are they? What do they look like? What are they looking for, and why do they do it? Does it sound like anyone you know, or maybe even yourself?

The largest report since 2014:

For their tenth birthday, Gleeden, the first and largest extramarital dating app, have announced the close of the largest survey on infidelity in five years. The study surveyed women across Europe and the UK, asking over 1,000 women in the UK alone.

Gleeden have used their latest figures to generate a snapshot of the average woman using Gleeden. She is 38 years old and is most likely to live in London – although Gleeden has users all across the country.

She has brown hair and blue eyes, and is slightly taller than average at 5 foot 4. With a curvy figure, she has joined Gleeden for a casual, discrete, and short-term experience.

The average adulteress works at a senior management level and is more than moderately financially successful. In terms of her current relationship status, she is most likely to be heterosexual and has been married for more than six years to her husband. She also has has two children, both of whom are under the age of ten. 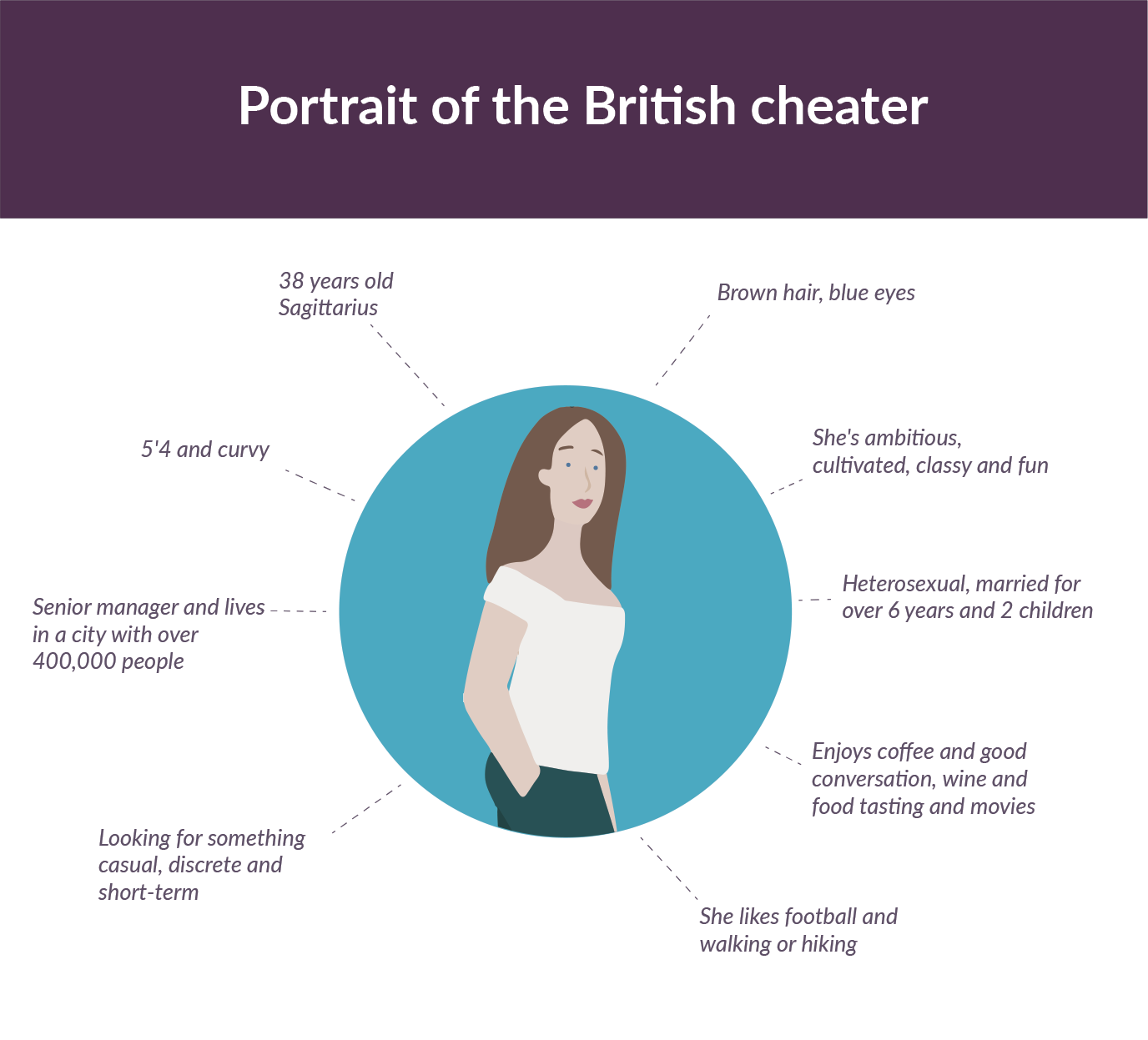 Personality Traits of a UK adulteress:

If you met the average Gleeden user, whether you knew it or not, you would find her ambitious and classy – but without taking life too seriously. She is easily fun, and happily fits into any social setting. She is also a sagittarius – typically known for their freedom, optimism, and generosity.

What makes them tick?

If you want to get to know the average Gleeden user better, try a chat over an artisan coffee, or better yet, wine tasting. Her favourite sport is football, although being outdoors and walking or hiking comes second place for user interests.

A professional point of view:

With seven years of experience at Gleeden, Solène Paillet, Communication Director, explains the motivations behind infidelity:

“Since I started working for Gleeden, I’ve had the opportunity to talk to hundreds of unfaithful women. It allowed me to understand their motivations, their desires, and their fears. Every woman is unique and has different experiences, but I noticed that they were all, at the time they chose to be unfaithful, seeking personal fulfillment that they no longer found within their established relationship. They often feel guilty. Not about being unfaithful, but because they can’t “be happy with what they have.” Contrary to what one might imagine, unfaithful women still love their spouse and do not want to separate. They just need a little excitement in a life that has become too ordinary.”

Gleeden is the first website in Europe dedicated exclusively to people who are married or in a relationship and want to indulge in an extramarital affair.