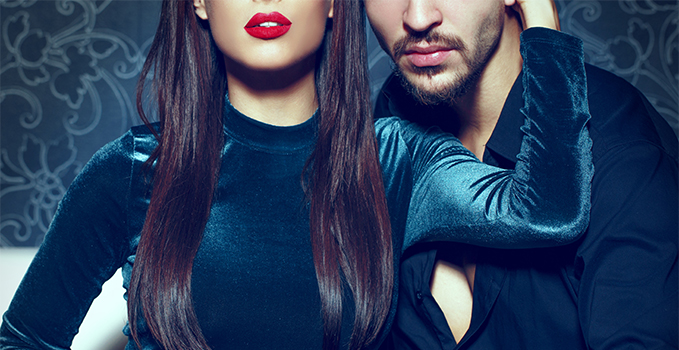 5th February 2020, London – It does not appear on the family calendar yet, but clandestine couples have also a special day when to celebrate their secret love. Falling the day previous St Valentine’s, this special day for ‘particular couples’ is known as Mistress Day. It was discovered accidentally in the US after a noticeable increase in the number of flower deliveries and ‘short stays’ in the hotels on the night before St Valentine’s Day. Since then, Mistress Day became a popular festivity around the world, including in the UK.

On this occasion Gleeden – the first portal for extramarital encounters in Europe made by women with over 6 million members of which over 250,000 in the UK – conducted a survey on more than 5.000 users, concluding that 73% of the unfaithful partners plan to spend secretly the night before Valentine’s Day with their mistress.

Since Valentine’s day is dedicated exclusively to the official partner, the adulterous men will be playing strategically on both sides, ensuring some intimate moments with their mistresses before the unavoidable dinner with their wives on Valentine’s Day. The surveyed men explained their plans for each night and, as expected when comparing the two partners, the mistress is more likely to receive some special treats. In fact, while the loyal wife is gearing up for the romantic night to come, the mistress is lavished with generous expenses and spicy moments in a steamy hotel.

According to the study conducted by Gleeden on February 13, carnal pleasure in a hotel room will predominate the night (48%). While the following day will be more likely a tender and romantic dinner with the official spouse. Regarding gifts for their mistress, most men will consider a sexy set of lingerie (52%) and even sex toys (26%) to spice things up in the bedroom. This said, not all men opt for sex and erotism. In fact, while the wives will receive chocolate or kitchen appliances, 12% of the lucky mistresses will be offered a piece of jewellery. It seems like when it comes to the second woman, some men really want to impress.

Sybil Shiddell, Country Manager UK at Gleeden, explains: “We see that more and more unfaithful couples decide to celebrate their own Valentine’s Day, even at the risk of being caught by their official spouse. According to the last survey* carried out on our platform with more than 5,000 members, 73% of men currently engaged in an extra-marital relationship for more than 3 months admit that they have planned to spend a privileged moment with their mistress this February 13.”

*Gleeden.com online survey conducted from January 27 to February 3, 2020 on 5,311 male members in Europe