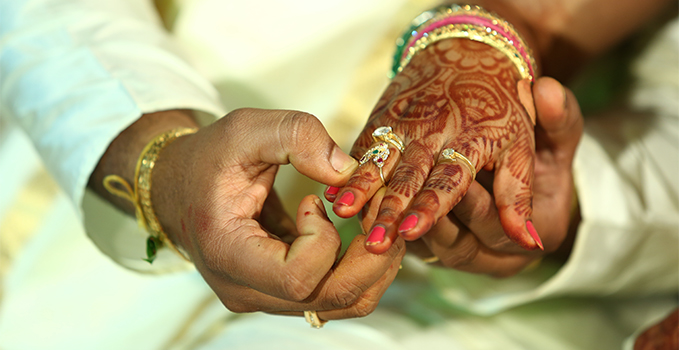 India VS the British Indian Community: Contrasting Attitude Towards Infidelity

In India, 55% of couples are keen to extra-marital affairs, while Indians in the UK show less tolerance towards adultery.

India is a country with deeply rooted cultural boundaries, especially when it comes to marriage and infidelity. However, the attitude towards adultery varies significantly when comparing the population in India with the British Indian community. With the former group being more prone to break the traditional rules and experience an adulterous relationship, compared to their compatriots living in the UK who seem to be more conservative from this perspective.

This is according to a Gleeden – the first portal for extramarital encounters in Europe made by women with over 6.6 million members of which over 250,000 in the UK – which reveals what really happens behind the closed doors of Indian couples and break the taboo about women Infidelity.

This study found out an interesting discrepancy between the two community and their attitude towards infidelity. In India, more than half of the married couples confessed to cheating on their spouse (55%). Interestingly, women represent a good part of this category (56%), of which 41% practice adultery on a regular basis. Conversely, while in India adultery is a common practice, the British Indian Community results less open to infidelity with only 33% of them confessing adultery at some point during their relationship.

Not only the behavior but also the attitude varies notably between the two communities. In India, in fact, couples expressed a more open-minded point of view towards the issue. 48% of the surveyed people in India believe that it is possible to be in love with two people simultaneously, as well as, cheating on a person while still be in love with him/her (46%).

Finally, they also showed a relatively high level of tolerance towards cheating, no matter the gender of the cheating spouse. When finding out about the affair, 40% of married couples in India are ready to forgive their spouse and expect also to be forgiven (69%). Conversely, Indians living in the UK showed a strong bias towards adultery, especially against women. Almost 80% discriminate against women for cheating considering their behavior immoral. In the same way, males are negatively judged, even though at a lower level (26%)

In India, 90% of marriages are arranged by families and divorce is a shameful act towards the family. Considering India’s strong conservativeness towards marriage, the need for adultery among married couples who live in India results in legitimate. Moreover, adultery was decriminalized in September 2018, wince then Gleeden has found its playground in India, the country where married couples were fated to unhappiness.

Speaking about the company’s growth in India, Ms. Sybil Shiddell, spokesperson for Gleeden in both India and the UK, states that “You would expect the Indian community in the UK to be more tolerant of infidelity because they are more exposed to a western lifestyle, however it is not surprising that it follows a more conservative line. In general, Britain shows signs of poor acceptance towards infidelity, especially when compared with other European countries such as France, Italy and Germany. India, on the other hand, does not offer couples the same alternatives as English society: most marriages are still arranged between families and divorce is not a viable option. Hence a more relaxed attitude towards infidelity, in particular since its conviction in criminal terms has ceased”.

* The study, conducted on 5,000 women from 5 European countries – UK, France, Germany, Spain, and Italy – provides precise and reliable data through which it is possible to trace a map of female infidelity in Europe and the UK, and to track common pattern and behaviors of women who decided to cheat on their partners.
** The survey has been commissioned to IPSOS, one of the most important global market research and consulting firm worldwide. It was conducted online on a sample size of over 1500 people from across major cities like Delhi, Mumbai, Chennai, Bangalore, Hyderabad, Kolkata, Pune and Ahmedabad. Also, the target respondents were married individuals between the age group of 25-50 years. 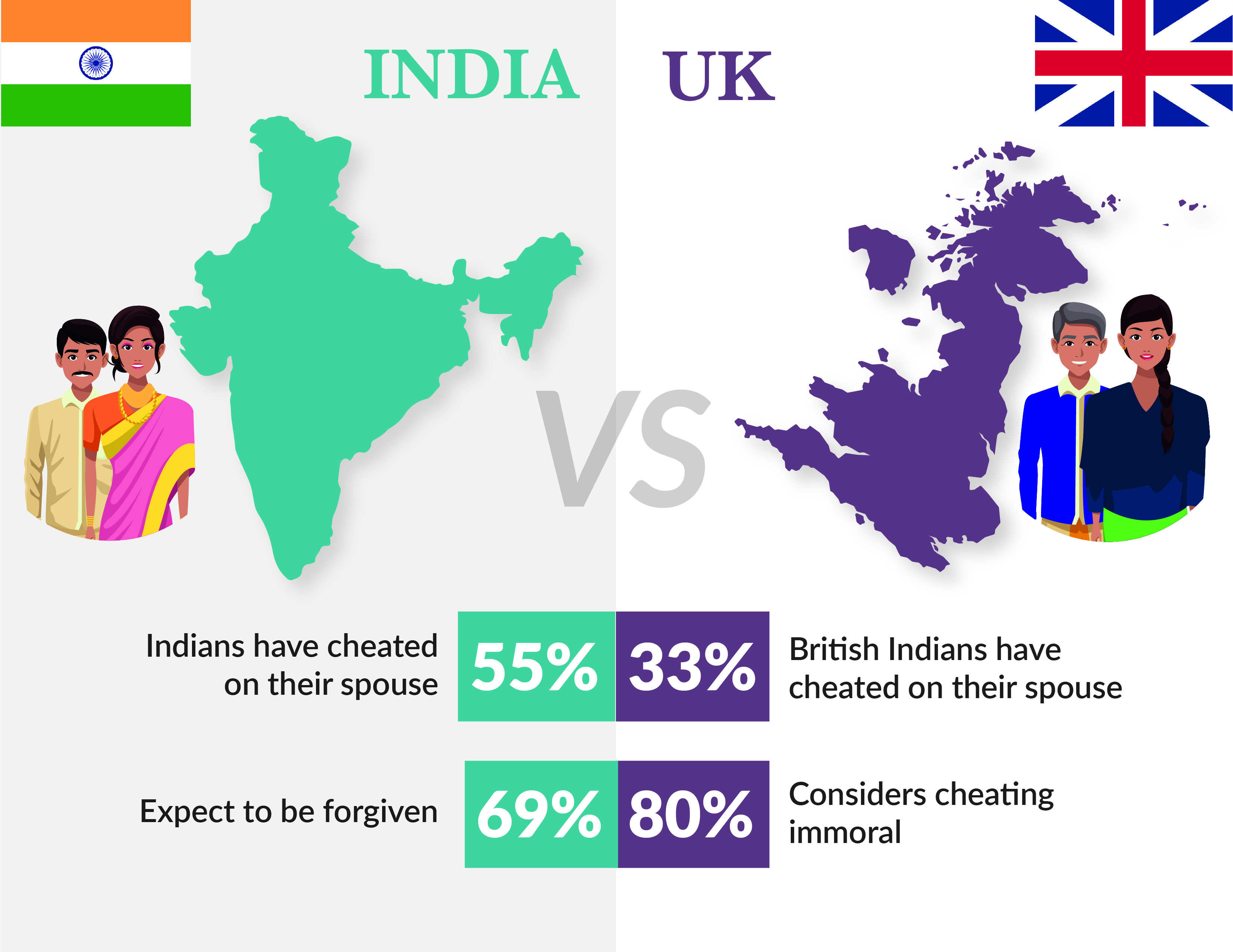